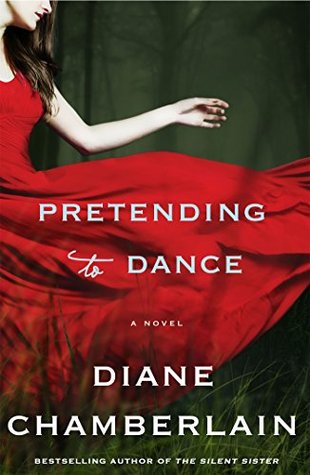 
"Molly Arnette is very good at keeping secrets. She lives in San Diego with a husband she adores, and they are trying to adopt a baby because they can't have a child on their own. But the process of adoption brings to light many questions about Molly's past and her family-the family she left behind in North Carolina twenty years before. The mother she says is dead but who is very much alive. The father she adored and whose death sent her running from the small community of Morrison's Ridge. Her own birth mother whose mysterious presence in her family raised so many issues that came to a head. The summer of twenty years ago changed everything for Molly and as the past weaves together with the present story, Molly discovers that she learned to lie in the very family that taught her about pretending. If she learns the truth about her beloved father's death, can she find peace in the present to claim the life she really wants?"


Pretending to Dance is such a thought-provoking book filled with so many different issues, especially highlighting disability/illness and adoption. In a way this makes is similar to other Diane Chamberlain books as they all deal with difficult subject matters in such a well-done manner (from what I've read anyway).

The story is told via the protagonist Molly Arnette's perspective. But the story is also told from two different periods of Molly's life: when she's 14 and when she's 34. This is great as the reader is gradually shown why Molly is the way she is as the events from her childhood have a massive knock-on effect on the rest of her life.

However, at times it felt like the two perspectives (for lack of a better word) were from two different books. I mean 14-year-old Molly's chapters actually read like a Young Adult novel rather than an Adult novel. It was really quite basic and filled with a lot of teenage drama. But then this also shows how talented Diane Chamberlain is to be able to switch between these so readily and seamlessly.

Pretending to Dance was a bit slow in places and I didn't really understand why some parts were relevant to the overall story until after I had finished reading. But I was never bored reading which is always a massive plus. I wanted to know what Molly was going to do next. I did feel like the ending was somewhat predictable. However, it made sense and it was really the best possible end to Molly's story. And the majority of the plot points were tied up - the major ones at least.

The majority of the characters, bar one or two, were likable. However, I couldn't really connect with any of them in a way that I would have liked. Molly's family are so closed off and isolated that it just didn't seem that real to me. It's not really a lifestyle I've had any experience with to be honest. I mean my family are close but not that close. I did feel bad for them, though, but I felt like they wouldn't accept "outside" help.

I also didn't really understand why Molly was so reluctant to tell her husband about her past. Sure, it's not the best, but to me it makes it seem like she doesn't trust her husband. I also struggle to understand why anyone would keep it a secret if you believed it so much. Surely, you'd want people to know the truth.

I did really enjoy reading about Graham, Molly's dad. He is such a wonderful, caring father and any girl would be extremely lucky to have him. It just makes his MS seem like such a big kick-in-the-teeth as he can't be the father he desperately wants to be.