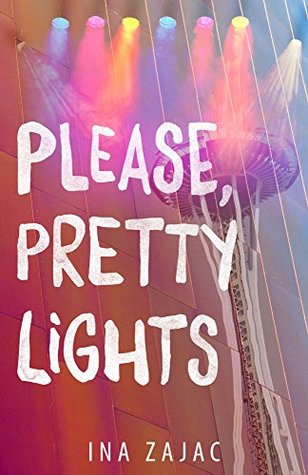 "It's September when good girl Via Sorenson stumbles into a Seattle strip club, drunk and alone on her twenty-first birthday. Matt and Nick--best friends, bandmates, and bouncers--do their best to shield her from their sadistic cocaine-trafficking boss, Carlos. They don't realize her daddy issues come with a forty-million-dollar trust fund and a legacy she would do anything to escape.

She is actually Violetta Rabbotino, who had been all over the news ten years earlier when her father, an acclaimed abstract artist, came home in a rage, murdered her mother, then turned the gun on himself. Young Violetta was spared, hidden behind the family Christmas tree, veiled by the mysticism of its pretty lights whose unadulterated love captivated and calmed her.

Now, desperate to shed her role as orphaned victim, Via stage dives into a one-hundred-day adventure with Matt and Nick, the bassist and drummer of popular nineties cover band Obliviot. The rock-and-roll lifestyle is the perfect distraction--until she is rattled by true love. As Christmas looms closer, her notorious past becomes undeniable. How will she ever untangle herself from her twisted string of pretty lights?

Recommended for mature audiences due to explicit language, domestic violence, sexual content, and drug use."

Please, Pretty Lights had got to be one of the grittiest books I have ever read. It's packed full of so many tough topics including drug use and domestic violence. It is most definitely for mature readers only as it is an explicit read at times. But I was easily hooked right into Via's story and couldn't put this book down.

I'm not sure how realistic Via's story actually is as I've never been part of the drug using, strip club scene. But, to my knowledge, it did feel very realistic. I felt the setting related well to the characters as it is clear how each of them ended up in their current situation. The characters were really enjoyable too, though some of their decisions were questionable. They all brought something different to the story.

Via is a character that I really grew to love, despite her horrifyingly bad decisions. I really wanted to give her a shake at times. She has been through far more than most can even dream of so it's no wonder she goes off the rails a bit. Anyone would. Not only that but she also has so much pressure  to live up to her father's name and also to integrate nicely into her fiance's church. Via is one of those characters that you can't help but get extremely invested in.

I loved Matt and Nick, but especially Matt. They're far perfect. I mean they are one of the key factors in Via's spiral downwards. But they also work to the bone to get her (and themselves) out again. They are extremely loyal to each other and those they care about.

Please, Pretty Lights is told from multiple points of view, including Via, Matt, Nick, and Carlos. I actually didn't mind this. Each change in perspective was clearly stated so I found it quite easy to switch between them. I didn't find the story predictable at all either. There was no telling what any of the characters would do, especially when drugs were involved. I thought this made the story even more realistic. The ending is also very climatic and I couldn't help but keep turning pages (even though I know I had places to be). I just had to find out what would happen to Via. And I'm very happy with the way her story ended even though there were still a few unanswered questions.

Please, Pretty Lights is far from an easy read. It's a gritty and graphic read at times, but you can't help but get completely invested in the story. I would definitely recommend this book to fans of mature contemporary new adult.