The End of Year Book Survey was created by Jamie @ The Perpetual Page-Turner and it's a fantastic way to recap your reading and blogging over the year.

Number Of Books You Read: 87
Number of Re-Reads: 10
Genre You Read The Most From: Well according to my stats on Goodreads, it was Young Adult followed closely by Romance. 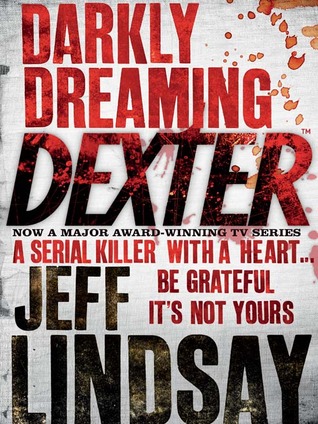 2. Book You Were Excited About & Thought You Were Going To Love More But Didn’t?

The Hundred Lies of Lizzie Lovett, Chelsea Sedoti
I DNF'ed this one about halfway through. It just wasn't what I was expecting

3. Most surprising (in a good way or bad way) book you read?

Stealing Snow (Stealing Snow #1), Danielle Paige
After seeing a lot of negative reviews, I was dreading this one, but I actually quite enjoyed it.

4. Book You “Pushed” The Most People To Read (And They Did)?
I don't really know. I don't tend to actively push books at people.

5. Best series you started in 2016? Best Sequel of 2016? Best Series Ender of 2016?
I started a lot of series this year, but didn't actually get around to many sequels or series enders so this is tricky.
Sequel/Series Ender

6. Favourite new author you discovered in 2016?

7. Best book from a genre you don’t typically read/was out of your comfort zone?
Thriller/Mystery

8. Most action-packed/thrilling/unputdownable book of the year?

Frostblood, Elly Blake
(...can you tell I really loved Frostblood?)

Probably Emma, her story just made such an impact
Asking For It, Louise O'Neill

What Light, Jay Asher
Just because it's so damn Christmassy

13. Most Thought-Provoking/Life-Changing Book of 2016?

Not If I See You First, Eric Lindstrom

14. Book you can’t believe you waited UNTIL 2016 to finally read?
There were what felt like hundreds, but I'll go for...

A Court of Thorns and Roses (ACOTAR #1), Sarah J Maas

15. Favorite Passage/Quote From A Book You Read In 2016?
"Remember this: Nothing is written in the stars. Not these stars, nor any others. No One controls your destiny" - Wicked, Gregory Maguire
"Life is a crap carnival with shit prizes" - Mr Mercedes, Stephen King

17. Book That Shocked You The Most

19. Favorite Non-Romantic Relationship Of The Year

20. Favorite Book You Read in 2016 From An Author You’ve Read Previously

21. Best Book You Read In 2016 That You Read Based SOLELY On A Recommendation From Somebody Else/Peer Pressure:

25. Book That Put A Smile On Your Face/Was The Most FUN To Read?

28. Book That Crushed Your Soul?

The Next Together, Lauren James

30. Book That Made You The Most Mad (doesn’t necessarily mean you didn’t like it)?

Asking For It, Louise O'Neill

1. New favorite book blog you discovered in 2016?
A Fools Ingenuity and Molly's Book Nook to name only two

3. Best discussion/non-review post you had on your blog?
Well, the one with the most views was The Problem With My Local Library

4. Best event that you participated in (author signings, festivals, virtual events, memes, etc.)?
Top Ten Tuesday - such a great way to get recommendations

5. Best moment of bookish/blogging life in 2016?
Reaching my first blogoversary (I didn't expect to last so long) and meeting so many great people

6. Most challenging thing about blogging or your reading life this year?
Keeping going (especially during the summer months when things were going on)

7. Most Popular Post This Year On Your Blog (whether it be by comments or views)?
By views it is my Sunday Post post which included my Blogoversary giveaway
By comments, it is the recent Top Ten Tuesday post - New To Me Authors

8. Post You Wished Got A Little More Love?
Well my review with the least views is my one of Buster so a few more views would have been nice cause it's a good book

10.  Did you complete any reading challenges or goals that you had set for yourself at the beginning of this year?
Yes! I completely smashed my Goodreads goal this year! I had a target of 65 books and I read 87! I also did fairly well on various other challenges I set myself this year.

3. 2017 Debut You Are Most Anticipating?
I'm rubbish at keeping up at debuts so I have no idea!

4. Series Ending/A Sequel You Are Most Anticipating in 2017?

5. One Thing You Hope To Accomplish Or Do In Your Reading/Blogging Life In 2017?
Properly design my blog and learn a bit of coding along the way - it's just not as pretty as I want my blog to be

Posted by Lauren at 19:30
Email ThisBlogThis!Share to TwitterShare to FacebookShare to Pinterest
Labels: Book Survey